Winter destination engagement in Florence, a representation of love 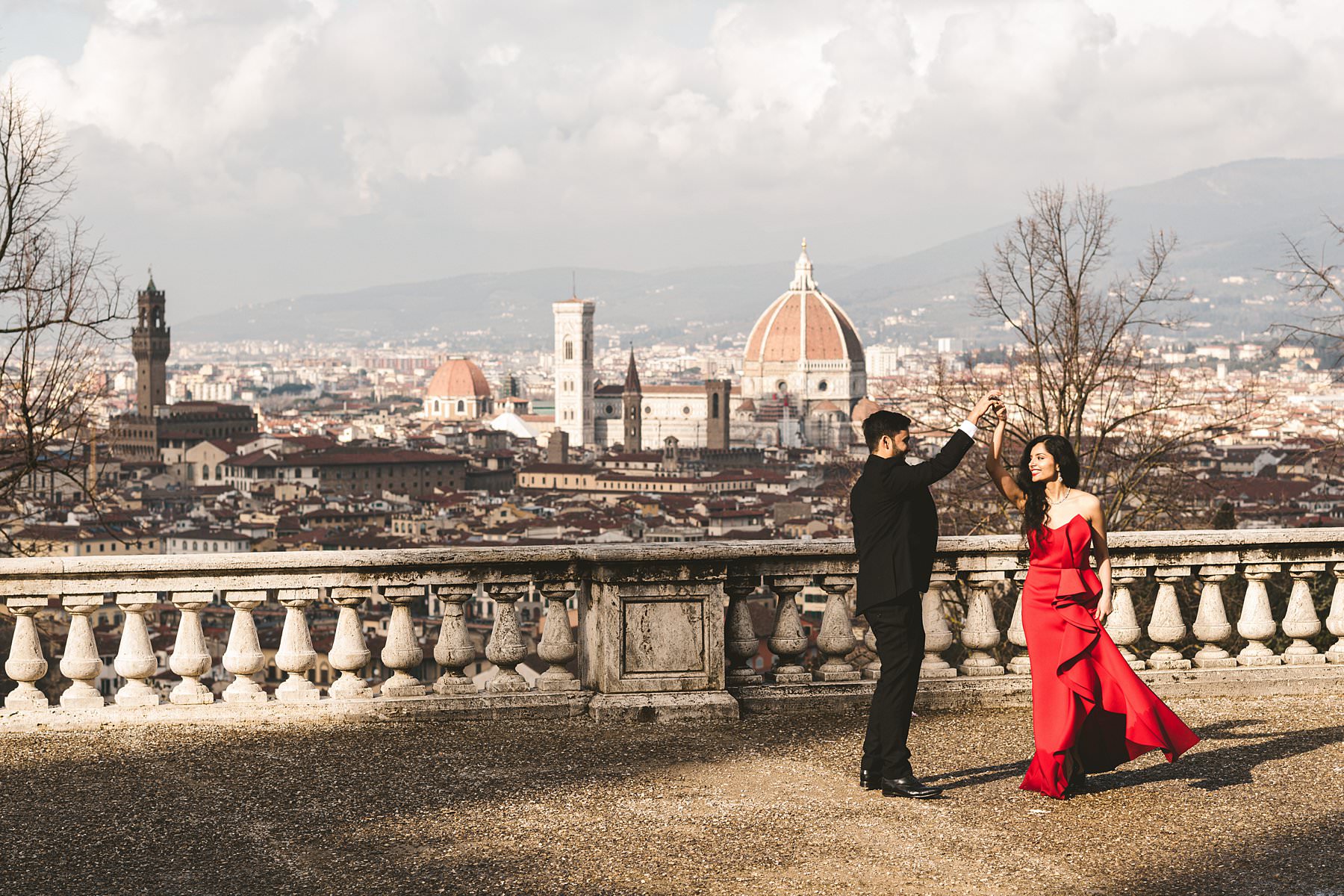 Some couples prefer to have a traditional wedding in their home country, but they still want to celebrate their love with a creative twist. Why not organize a destination engagement photo shoot, then? Picking a charming location like Florence and an unusual time like winter will make the rest: let the beautiful pictures of Priya and Sid show you how.

Traditionally, the wedding season in India – Priya and Sid’s home country – goes from January to March. Even though this young and lovely couple lives in London, they were going to get married in the place where their roots are.

But first, they decided to gift themselves with a destination engagement: they chose Florence, and they reached it a few weeks before their Big Day. We were in the middle of winter and the days they spent in Tuscany were incredibly rainy. But the power of love worked: we were lucky enough to have half a day without rain. The fog tried to ruin our plans of taking engagement photos with a panoramic view, but I was able to change our schedule last minute and make the most out of the weather conditions. You can see it yourself!

The magic of winter engagement photos

If Florence in winter wasn’t perfect itself as a destination engagement setting, Priya definitely contributed to making it even more fascinating thanks to the stunning red dress she wore during the shooting. She lit up that foggy day and the eyes of every passer-by were on her.

We started taking their destination engagement photos at the Duomo, with its white-and-green marble geometry as a background, then walked all over the heart of the city. Piazza della Signoria, Uffizi Gallery, Ponte Vecchio, Via de’ Tornabuoni: Priya and Sid floated around, unconcerned by the cold temperature and focused only on their love.

Then it was finally the right time for some panoramic photos: we reached Piazzale Michelangelo and San Miniato al Monte, two spots that offer a breathtaking view of Florence. The winter light was soft, pale and delicate, in contrast with the bright red of Priya’s dress. Altogether: enchanting.

As you can see, it’s possible to take wonderful destination engagement photos even in the winter. If you’re planning to visit Florence and celebrate your love there, don’t hesitate to get in touch with me.