Surprise proposal photos in Florence to commemorate a magic moment 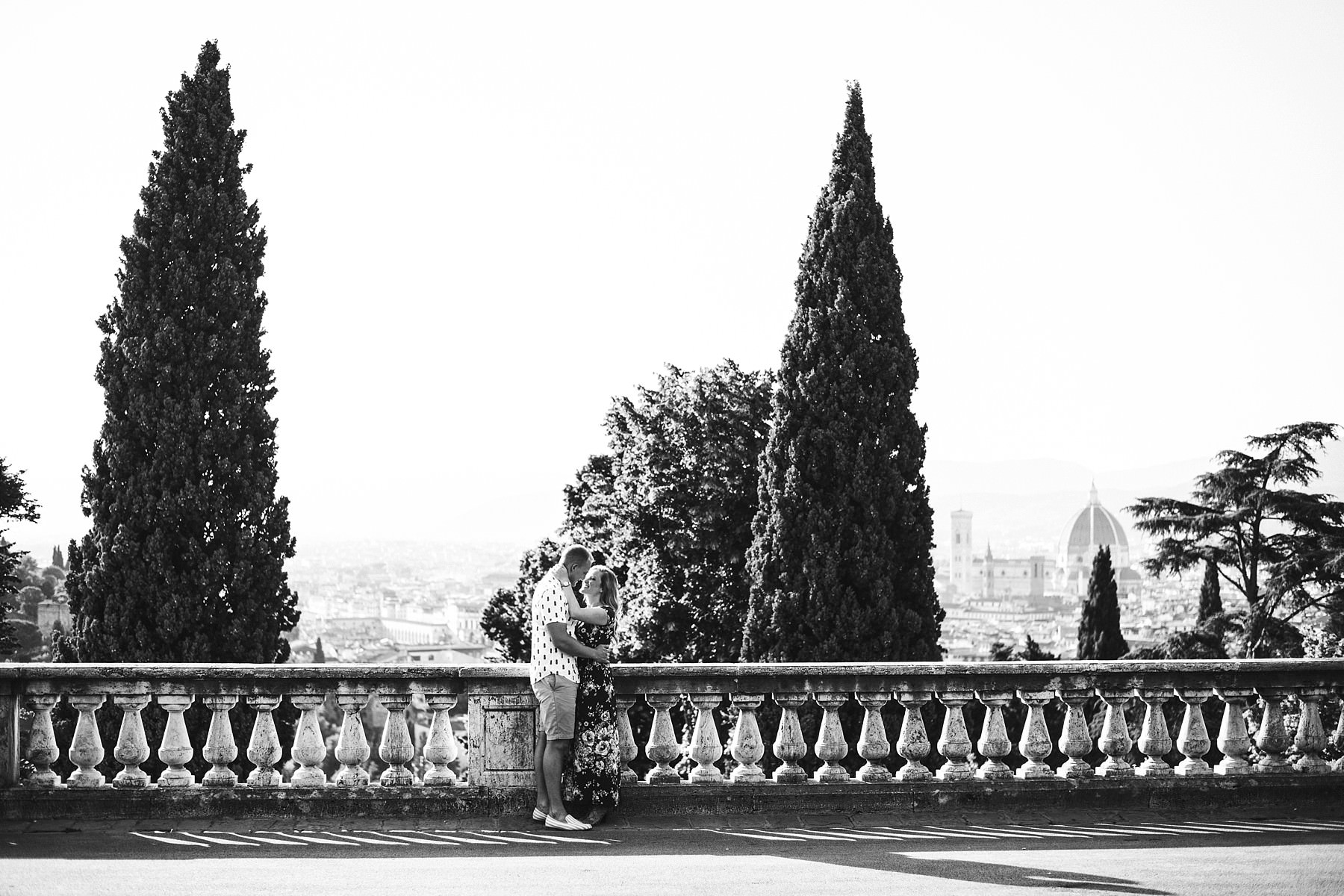 What’s more romantic than a surprise wedding proposal to the woman you love? Well, you could make a special moment even more magic if you kneel down in front of an amazing scenery, for example. And if you find someone who takes care of the proposal photos, you will be able to relive every emotion of it over and over again.

This is what David thought, to amaze his beloved Kali…

Kali and David are a sweet American couple who lives in Germany. As soon as they started planning their holiday in Florence, David began to think about proposing to his girlfriend. He wanted it to be absolutely unique and unforgettable… that’s why he contacted me: he was looking for someone who could take proposal photos to capture every instant of that once-in-a-lifetime event.

The whole thing started at San Miniato al Monte, that offers a breathtaking view over the city and a more intimate feeling compared to the more popular Piazzale Michelangelo. With Florence as a witness, David kneeled down and pronounced the decisive formula: “Will you marry me?”. In that exact bit, you could see the most powerful emotions expressed by Kali’s face – all of them were caught by the proposal photos I was shooting.

Just looking at them in the future, the two lovely fiancées will have the chance to relive all of those feelings!

The magic of the moment didn’t end when she said “Yes”, though. I took Kali and David to the heart of Florence, so that they could enjoy a real couple photoshoot in front of the most iconic and fascinating spots of the city.

We went to Piazza della Signoria, Ponte Vecchio, Uffizi Gallery and Palazzo Gondi: three hours of strolls among those charming architectural masterpieces, which perfectly framed the overflowing love and happiness of this wonderful couple.

If you are thinking about proposing to your girlfriend in a way that you both will remember forever, then surprise her and have someone take professional proposal photos to treasure. I would be honored to be that person: don’t hesitate to get in touch with me.