Engagement and wedding photos in the magic of Florence and Chianti 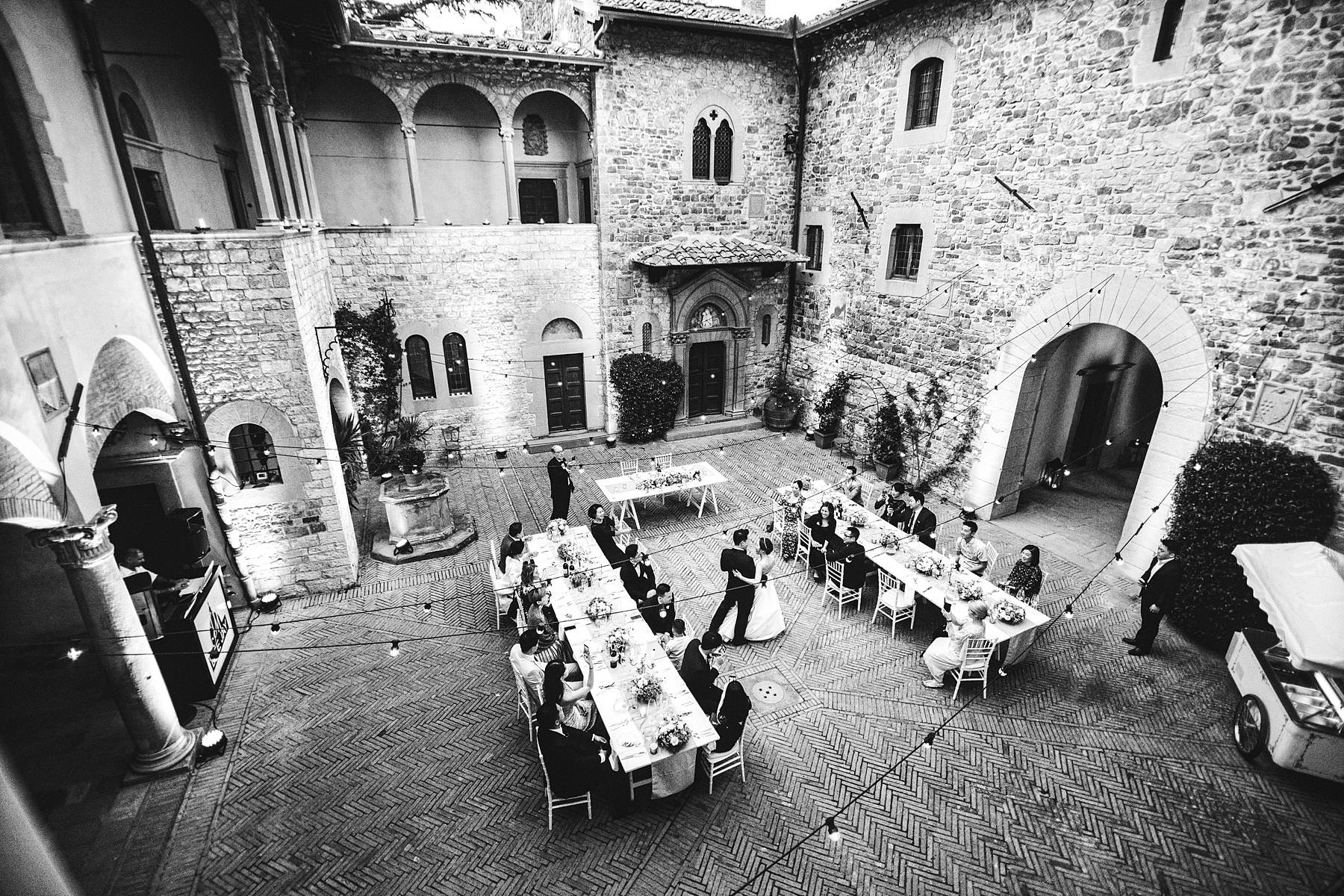 Having both engagement and wedding photos taken by the same person is one of the best gifts you can give to yourself. Not only because you will double the number of incredible images of your love to cherish, but also because you get the chance to familiarize yourself with your photographer and get comfortable in front of the camera. Elise and Robert are a perfect example of this: let their photos inspire you.

Elise and Robert’s engagement photos in the heart of Florence

This extremely elegant couple arrived in Tuscany from New York City to promise eternal love to one another in front of the closest family members and friends. They were staying at Villa Cora in Florence, a historical residence built by a family of aristocrats and surrounded by a centuries-old park.

That was the starting point of both the engagement and wedding photos. It’s the place where I first met Elise and Robert, a few days before their marriage. From Villa Cora we started a walking tour of Florence, touching its most iconic and picturesque spots: San Miniato al Monte, the Uffizi Gallery, Piazza della Signoria, Ponte Vecchio and Palazzo Gondi.

The engagement photos are a perfect representation of their love and beauty: Elise looked like a ballerina dancing the streets of Florence and charming all of the passers-by.

Exquisite people like Elise and Robert couldn’t choose a better location for their wedding than Il Palagio, a real castle built in the Middle Age and turned into a venue like no other.

After getting ready at Villa Cora, the groom and bride moved to Il Palagio where she wore her precious dress and the florist gave the finishing touches to the amazing cream and mauve bouquet. The ceremony took place in the park of the castle and it was filled with emotion. After that, we took some more wedding photos in the vineyard surrounding Il Palagio: a typical scenery of Chianti made even more breathtaking by the warm sunset light.

The first dance of the newlyweds, with everyone watching from the gracefully decorated tables, was a very touching moment, while the cake creation and cut were fun and sweet. The Palagio Castle was an incredible scenery that completed the pictures, both during the daytime and at night.

If you want to seal your love in Tuscany and are looking for someone who can capture all of your emotions in engagement and wedding photos to treasure forever, don’t hesitate to get in touch with me.

Rippling and sumptuous Tuscany wedding in the elegant Castle of Valenzano 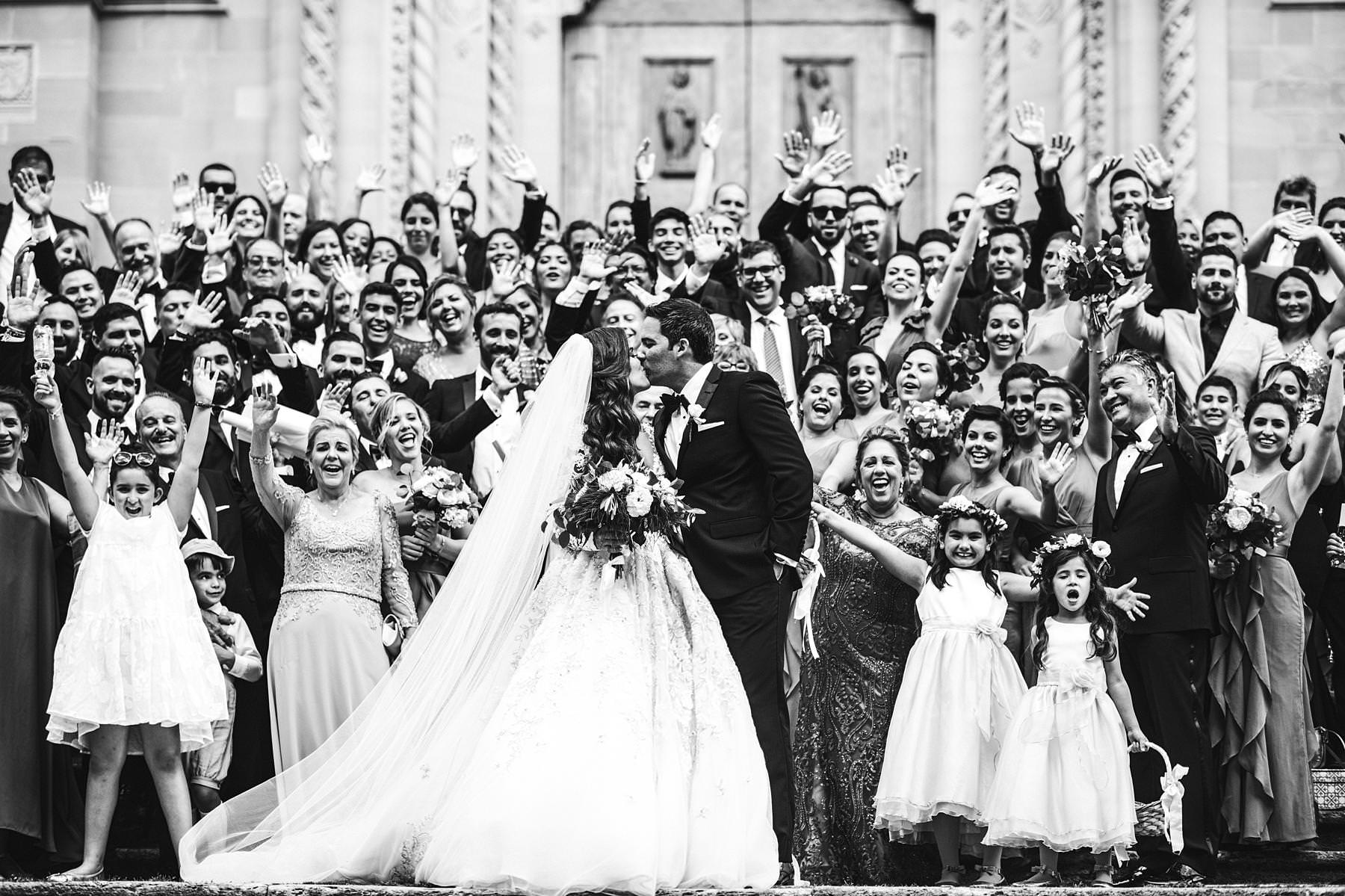 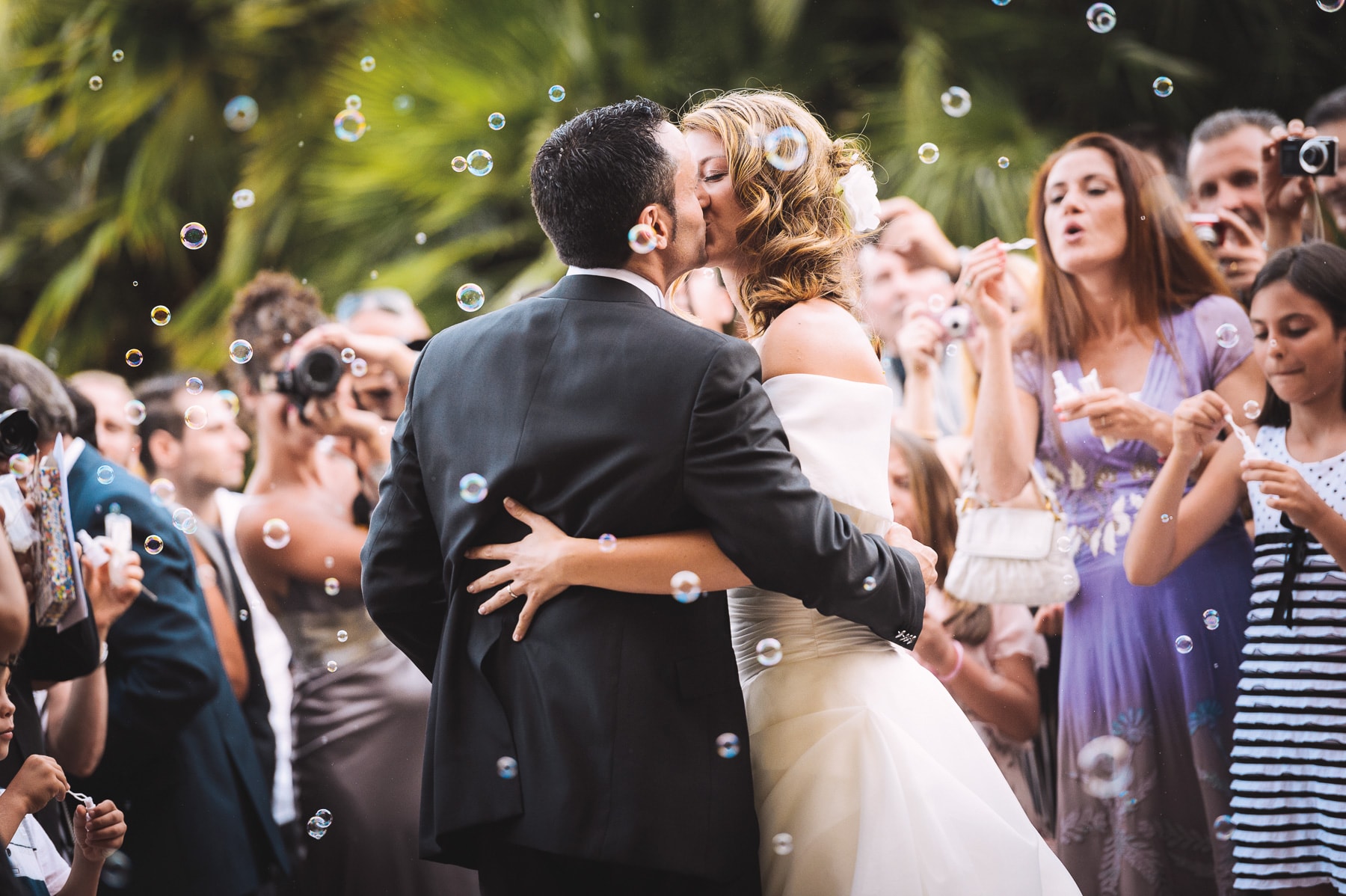 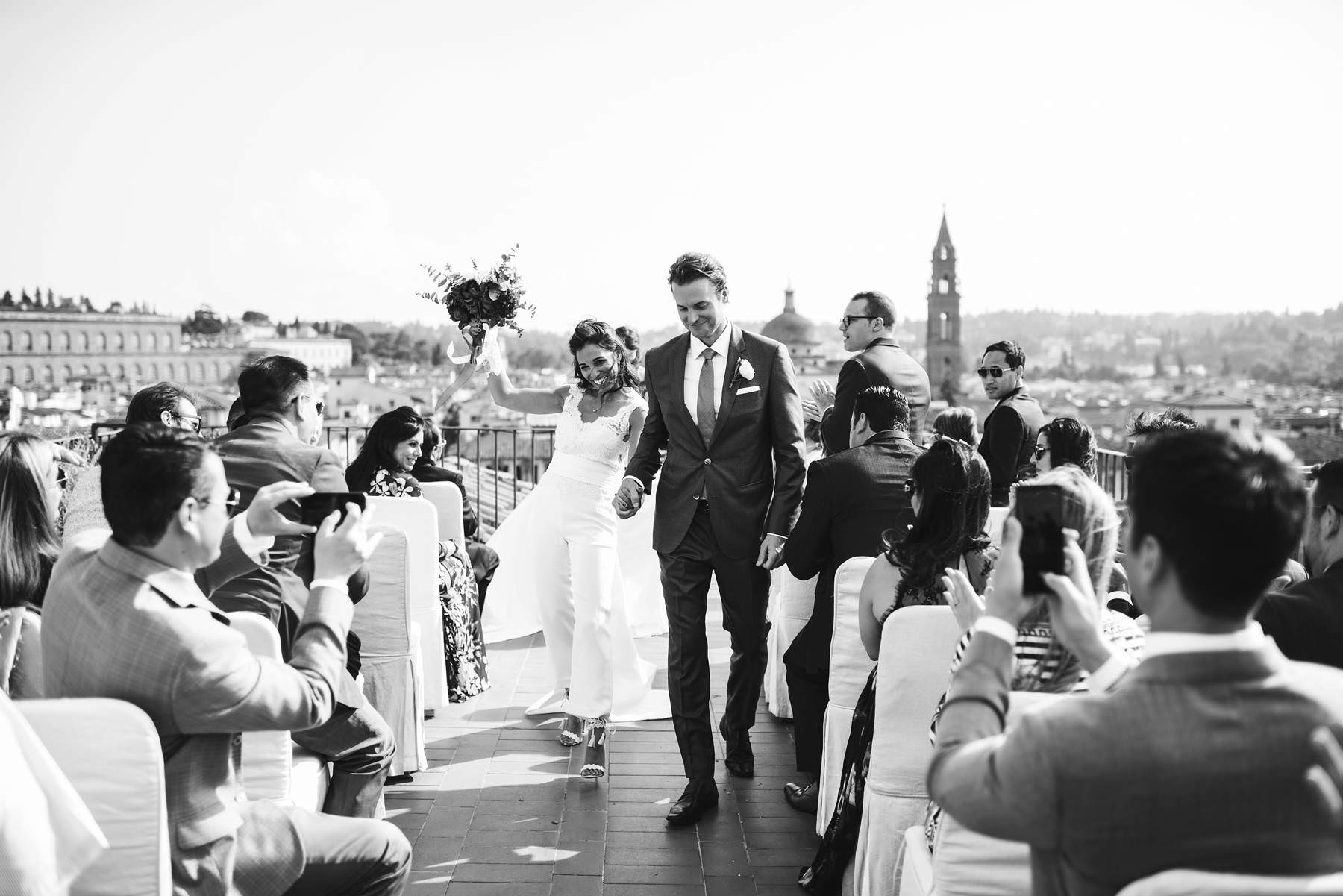